5 Reasons Why I'm Not Rushing to 4K Resolution 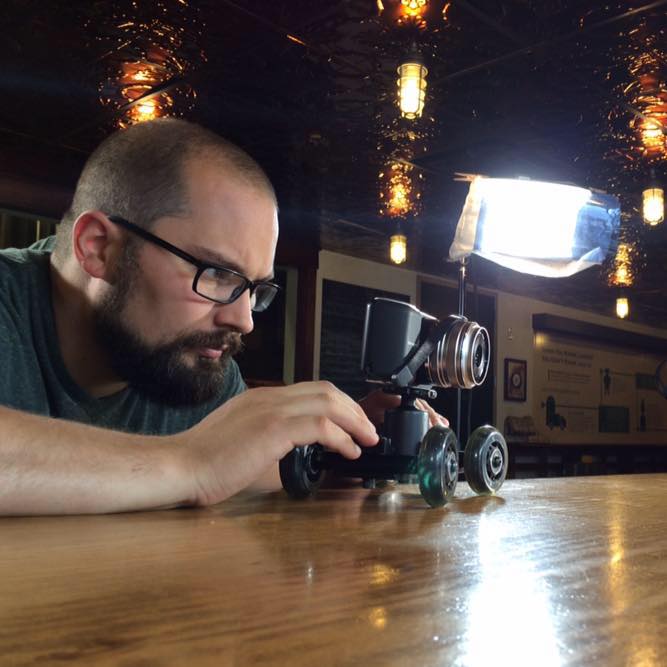 4K Video is all the rage right now. Every new phone, camera and editing system can now produce 4k resolution.

So why don't I, an industry professional, care about 4k just yet?

It's estimated that around 30% of all homes still do not have an HDTV. Think about that.

A rather larger part of the population has had access to affordable HDTVs for going on a decade now. But, my guess is that when these people do need to upgrade, the brand new 4k/3D/Curved screen OLED will not be their choice. With many people cutting the cord, it may not matter how many 4K channels ESPN has if you keep running into...

HD broadcasts started in 2004 and Blu-Ray released in 2006. Yet, the average household bandwidth in that time frame was between 5/10mb. Today, those speeds would barely load Netlfix and Hulu home pages. Never mind stream HD content!

Now, our home data speeds have risen exponentially since 2006. But many of us still run into bandwidth issues due to shared pipes and high resolution video. 4K video will only exacerbate this problem and likely lead to spending more...

The 4k version? $700.00. And the gap gets wider as the TVs get better. Cameras, phones...all including 4k and all increasing the cost. Whether you're a business trying to turn a profit, or a family saving up for college, the cost of 4K can drain the bank. With one TV, this may not be a problem. But for a busy production house with multiple cameras and edit suites, a full upgrade is a scary thought. It also comes with the looming specter of...

Introducing 4k into an existing Shooting and Editing workflow is a nightmare.

To capture 4K footage, you need high capacity media. You need cards with faster read/write speeds and new cameras equipped to capture the footage. And on the data side, there is more media and larger files to store.  This mean you need more back drives for the same amount of footage. Oh, and it will take longer to back that footage up.

In editing, 4K files take longer to import and effects take longer to render. You can expect to increase your edit times by at least 30%, and that's if your computer can process the footage. Our clients are looking for tight turnarounds and this is not the way to get it to them. Plus, if your client is streaming video on the web, 4K is...

There are a lot of factors that go into choosing which TV is right for your space.

Now, check out that purple triangle at the bottom. 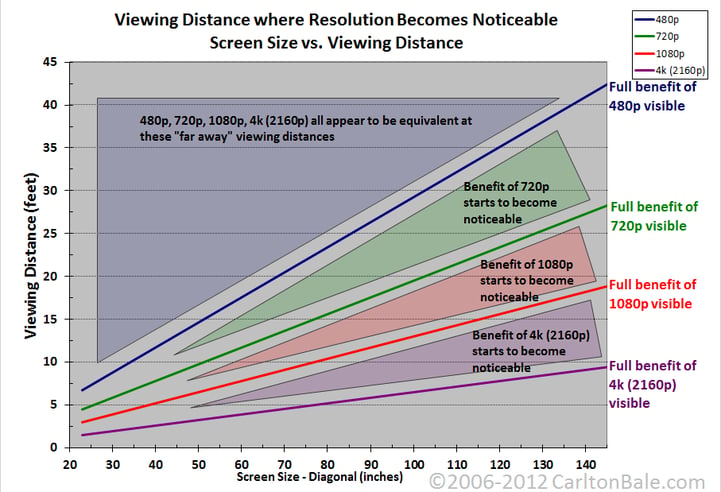 It shows the ideal distance and screen size for viewing a 4k TV and where you start to see the benefits of the extra resolution. You don't see the benefits of 4K resolution on smaller screens and at shorter distances. So, when I think about upgrading the TV in my imaginary movie room in my imaginary mansion, I'll think about 4k. But when I want something that will fit in the living room of my triple decker apartment...1080p is fine by me.

In the years to come, bandwidth will continue to increase.

Compression technology will make 4k streaming files much smaller and more and more content will become available in 4k. But until then, don't rush to keep up with the Johnsons.

Just offer to make the popcorn when they invite you over to watch Star Wars!