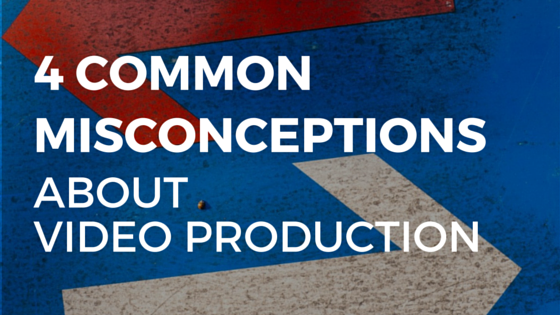 There’s a lot of prep that needs to happen before a camera op presses record and answers, ‘speeding’ to a director.

Capturing a professional and effective video is not as simple as going for a take as soon as the subject walks on set.

The production crew will need to light the set. They'll make tailored adjustments to the lighting and camera angles once the subject is on their mark. And they'll need to test the audio to make sure it's perfect.

This takes "as long as it takes" to get right and make your video look and sound amazing.

It’s a good idea to figure in at least 20-30 minutes for setup depending on the complexity of the set/scene.

If you have actors that need makeup and hair, add another 30 minutes per person.

Once makeup is done, the lighting is perfect and the audio is pristine, the director will let the crew know it’s time to record.

Every once in a while we're asked to take someone else's footage and "fix it" for a client. There are tweaks that we can make, but ultimately, poorly executed video production cannot be fixed in post-production.

Yes, footage can be color corrected and low audio can get boosted (to an extent) during the editing process. But, if you didn’t light your video well, compose your shot right and didn’t test your microphones, the only step you can take is re-shooting your video.

There isn’t a De-Awkward-izing Filter in post-production software. So, if your actors don’t know their lines or aren’t familiar with the script, post production won’t be able to fix that.

If your storyline or pitch is weak in pre-production, then the final product will be weak, too. Sure, editors can add quick cuts and a thrilling music track to pick up the pace of the video. But it won't fix the content.

Bottom line, preparation is everything. The weeks leading up to the shoot are just as critical as the production day.

Make sure your script is tight, your subjects rehearsed and you hire a professional production crew.

3. It Costs More Than It’s Worth

A good video does not cost more than its worth.

Video is considered to have the highest ROI our of any visual content by 51.9% of marketers, according to eMarketer.

And in terms of biggest bang for your buck, consider this: A one-minute video is worth 1.8 millions words.

Video Brewery made this comparison:

"...That’s the equivalent of 3,600 typical web pages. If you write an average of one web page an hour, it would take you 150 days of writing to achieve the impact of one minute of video."

What would it cost you to pay a marketing consultant to write one web page an hour for 150 days?

Sure, a one-minute video could cost you $60,000. But if that's outside your budget, there are plenty of excellent, less expensive options.

Don’t get me wrong. I’m not saying cheaper is better, either. A bad video is never worth what you paid for it.

The key to making sure that your video is worth what it costs to produce is hiring the right video production partner.

4. It was shot today so we’ll get a finished product tomorrow.

In today’s Need-it-Now world of smartphone video uploaded directly to YouTube, it’s not surprising that this is a common misconception.

When it comes to professionally produced video, the timelines are longer. How much longer? It depends on the complexity of the project.

Once footage is shot it needs to get backed up and imported into a system.

There is no easy chart to definitively determine: "This amount of footage will take this long to back up and import."

Let’s say you shot an hour of footage with two cameras and an additional 30 minutes of b-roll (supporting background footage).

If we use the rule of averages, the backup/import process will take half a day.

Then an editor will want to go through the footage so he or she is acquainted with the project.

The time this takes depends on the editor and his or her process.

But a professional will want to take the time to make sure they’ve seen everything that was shot.

This way they can create the best possible final product.

Then, the editor will create a first version. This is their first pass at executing the producer’s vision for the video.

Once the producer signs off on the first version the editor will go for a final version.

If the final is approved by the producer, then the editor will begin the finish edit.

In addition to editing the story together, the editor also color-corrects the footage, adds graphics and music, sweetens the audio, etc. All of this takes time to do...and time to render.

Editing is tedious. It isn’t a process you’d want to rush if you care about quality.

It’s possible to have a video turned around in a two or three days if you’ve paid for a rush fee. But generally speaking, you should expect anywhere from a week to a month turn-around.

Again, exact timing depends on the length and complexity of the video.

Video is an immensely powerful marketing tool if done right. Treat the production process with respect and you’ll be satisfied with your end result.

If you’d like to learn more about our production process, check out this resource.

And if you have questions about an upcoming project, we’d love to talk!